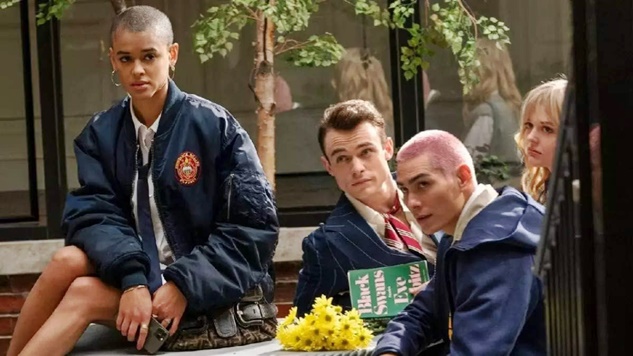 The African music-tinged song was heard as Julien (Jordan Alexander) is on the phone talking to Graham (Jarvis Tomdio), and is known for its gorgeous percussion, and really lovely mellow and laid-back guitar.


Paul Simon’s ‘Can’t Run But‘ was one of the songs from his eighth studio album The Rhythm of the Saints, which was released in late 1990 on the Warner Bros. label.

The album earned Paul Simon two Grammy Award nominations, and went on to hit #1 on the UK Albums chart, as well as #4 on the Billboard 200 chart. It also charted high in 15 other countries, with #1 placings in both Canada and on the European Top 100 Albums chart.

The song was released again with an alternative arrangement on his 2018 fourteenth studio album In the Blue Light. That album was comprised of re-recordings of previous Simon songs, and came out via the Legacy record label.

Listen to Paul Simon’s ‘Can’t Run But‘ as heard on last night’s Gossip Girl on his The Rhythm of the Saints album, and in the video. You can also hear his alternative version from In the Blue Light, which is far more upfront and centers around strings.

You can also hear more music from both seasons of Gossip Girl on Leo Sigh and, of course, watch the teen drama via Amazon Prime Video.