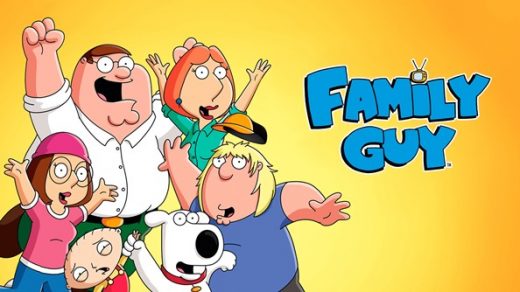 I am willing to bet when you hear the Pearl Jam song featured on this week’s episode of Family Guy, you have no idea what the song is called.

Because, even as a music journalist who used to religiously play Pearl Jam on my evening show when I was a radio DJ decades ago, I honestly had a hard time remembering the title as well. Even though it’s one of my all-time Pearl Jam favorites.

That track, of course, is Pearl Jam’s ‘Elderly Woman Behind the Counter In a Small Town‘, and it showed up on last night’s Family Guy, Season 20, Episode 19, “First Blood” playing as Quagmire is getting Christmas cards from his realtor.

American grunge band Pearl Jam’s ‘Elderly Woman Behind the Counter In a Small Town‘ came out on their sophomore studio album Vs, which was released in October, 1993 on the Epic label.

The album spawned four singles, (‘Elderly Woman…’ was not one of them), and was a huge worldwide success.

An amazing feat, particularly when you consider the band decide not to release any music videos for the singles and to limit promotion of the album.

Vs charted high up on the charts in 18 countries, and hit the top spot in the United States, Ireland, Sweden, the Netherlands, Norway, Sweden, Canada and Australia.

Listen to Pearl Jam’s ‘Elderly Woman Behind the Counter in a Small Town‘ from last night’s Family Guy in the video, and on the band’s Vs album.

It is rough, raw, lead singer Eddie Vedder’s vocals are so damned sexy, and the song itself just seems to burrow down into your gut. Even almost 30 years since its release.