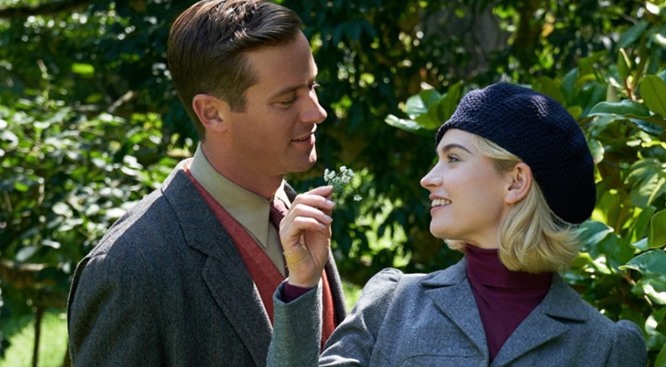 The British folk-jazz band Pentangle’s ‘Let No Man Steal Your Thyme’ was one of the classic songs featured on the soundtrack of the just-released Lily James movie Rebecca.

The song was originally the first track on the band’s debut studio album The Pentangle, which was released in 1968 via the Translantic record label, and is a traditional folk song.

It is not known who wrote ‘Let No Man Steal Your Thyme‘, as it has been sung by folk singers for several hundred years, although the first record of it being performed is from 1689.

The song was written to warn young women about taking lovers who would betray them. Thyme itself was also a symbol of a woman’s virginity or purity, so the song has somewhat of a double meaning.

The band recorded music together in that form from 1967 to 1973 when they disbanded.

Pentangle reunited briefly in 1981, but John Renbourn soon left the band again, this time to go back to school to study classical music. From then on, the original members of Pentangle had a number of different musicians playing with them for the next few years.

After breaking up again, in 1994, a new band called Jacqui McShee’s Pentangle was formed.

Pentangle’s ‘Let No Man Steal Your Thyme‘ being featured on Rebecca is, surprisingly, one of only a handful of times the band’s music has been played on a movie soundtrack.

Listen to Pentangle’s ‘Let No Man Steal Your Thyme‘ on both the band’s debut album and in a video of a live performance of the song the band gave in 1968.

Rebecca stars Lily James, Kristin Scott Thomas, and Armie Hammer and is now streaming on Netflix and, yes, it is superb.