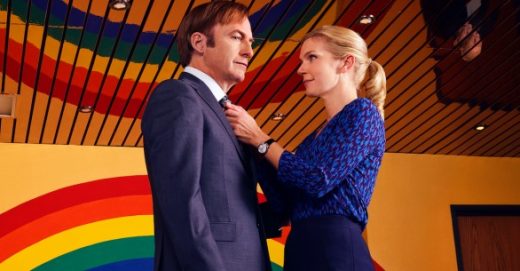 I love it when popular contemporary TV shows feature classic music from decades ago.

The quirkily sweet song was played as Howard is getting dressed, and then making a latte for his wife.

Perry Como’s ‘A Dreamer’s Holiday‘ first came out in 1949, with Como and music trio The Fontane Sisters recording the song together.

That release was a big hit for them, making it to #4 on the Billboard chart and staying on the chart for almost five months.

Country singer Willie Nelson also recorded a cover of the mellow song, which was included on his 29th studio album Without a Song.

Listen to Perry Como’s ‘A Dreamer’s Holiday‘ from this week’s Better Call Saul in the video, and on The Essential Perry Como album in the Spotify player.