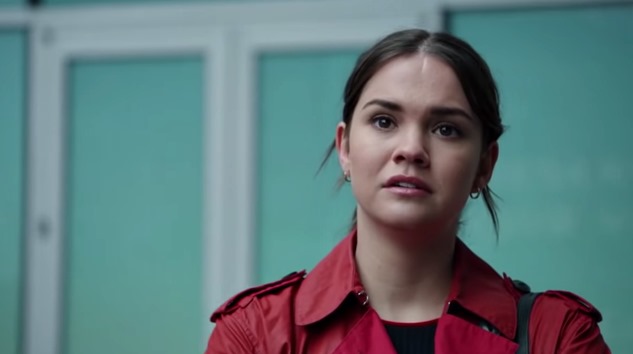 American electronic rock dream pop music duo Phantogram’s ‘In a Spiral‘ was one of the songs that showed up on the new season of Good Trouble this week — Good Trouble, Season 3, Episode 1, “Capoeira“.

The song was the track playing during the episode’s opening montage.

Phantogram’s ‘In a Spiral‘ was the third single from the band’s fourth studio album Ceremony, which was released via the Republic record label early last year.

The duo themselves was founded in Greenwich, New York in 2007. It comprises Sarah Barthel and Josh Carter, both of whom are singers and multi-instrumentalists.

In the last 13 years, the duo has released four studio albums, seven EPs and almost 20 singles. The duo has also collaborated with other artists, including Miley Cyrus, The Flaming Lips and Big Boi.

Phantogram’s ‘In a Spiral‘ is not the first song the duo has had licensed for a hit TV show either, as they have found enormous success in having their songs show up on an absolutely enormous number of series.

These shows include Shameless, The Originals, Teen Wolf, How to Get Away with Murder, Underground, The Magicians, The Secret Circle, Made in Chelsea, Elementary, The Vampire Diaries, Skins, Suits and many many more.

So many in fact, it is highly likely Phantogram has an extremely successful music career financially as well. No wonder though, as the music they produce is stunning.

Listen to Phantogram’s ‘In a Spiral‘ as heard on Good Trouble last night in the song’s official lyric video, and on the duo’s album Ceremony.

Season 3 of Good Trouble is currently airing on Freeform and Hulu. Watch the trailer for the new season below.