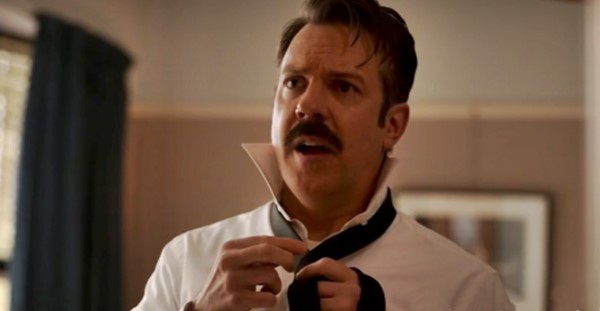 Remember that fabulous pop rock track ‘Easy Lover‘ that first came out in the mid-1980s. Well, it showed up on Ted Lasso last night — Ted Lasso, Season 2, Episode 10, “No Weddings and a Funeral“. A series that has been featuring some amazing contemporary music since its very first episode.

Phil Collins and Philip Bailey’s’ ‘Easy Lover‘ was played on the episode as the song Ted (Jason Sudeikis) is dancing to as he’s getting ready for the funeral.

The song was an absolutely enormous hit for the two men around the world, earning them a Grammy Award nomination, tens of millions of sales since its release in late 1984, and both Platinum and Gold certifications in several countries.

‘Easy Lover‘ also charted at #1 in six countries, and high on the charts of a total of 13 more countries.

The video, by the way, has more than 73 million views on YouTube alone.