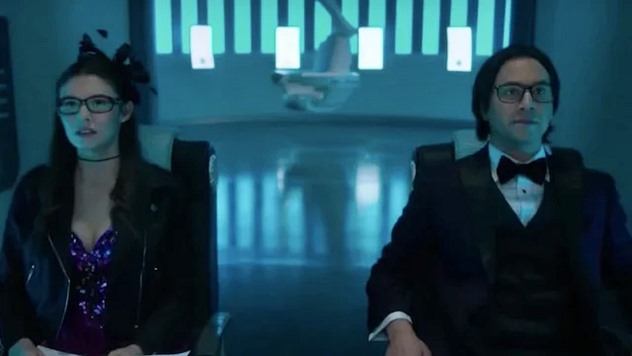 The track was heard during the montage while Alex, Kenny and Kira are at the diner, Alex confronts Kira about being accepted to NCU and as Cat Grant arrives in Midvale.

The album was released in 2009 to critical acclaim, with several media outlets calling it “one of the best songs of 2009”. Rolling Stone also included it on their ‘Best Songs of the Decade‘ list.

The song charted in the U.S. and Canada, and made it to the #1 spot on the Billboard Alternative Songs chart.

Phoenix has also been amazingly successful having their music licensed for play on major TV shows.

Their songs have appeared on shows like The Vampire Diaries, The Hills, Made in Chelsea, Melrose Place, Catfish: The TV Show, Lucifer, Entourage, The OC, Gossip Girl, 13 Reasons Why, Veronica Mars, 90210 and CSI: Crime Scene Investigation.

Listen to Phoenix’s ‘1901‘ in the song’s official music video and on the band’s fourth studio album Wolfgang Amadeus Phoenix.

There is also a rocking live performance of the song at Bonnaroo in 2010 down below that is well worth a view.

Season 6 of Supergirl is currently airing on The CW.