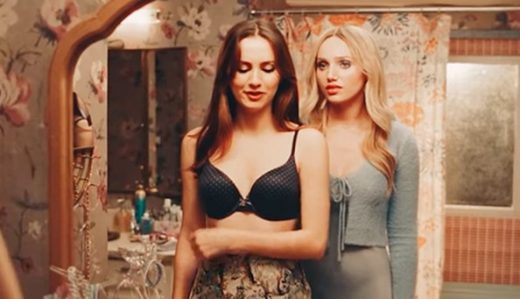 That really lovely romantic music that was playing on Euphoria this week as Jules and Rue are in the bathroom — Euphoria, Season 2, Episode 7, “The Theater and It’s Double” — was Piero Piccioni’s ‘Amore mio aiutami‘.

The instrumental piece is the title track from the 1969 Italian romantic comedy of the same name (aka Help Me, My Love in English).


The music is from one of more than 300 movie soundtracks composer Piero Piccioni composed over his more than 60 year career.

It is also one of two Piccioni pieces played on Euphoria last night with the second one — ‘Luna, amore e no‘ — also appearing later in the episode.

Listen to Piero Piccioni’s ‘Amore mio aiutami‘ and ‘Luna, amore e no‘ in the videos below, and on the soundtrack of the movie.

And, of course, you’ll find more fabulous music and songs from Euphoria on Leo Sigh.