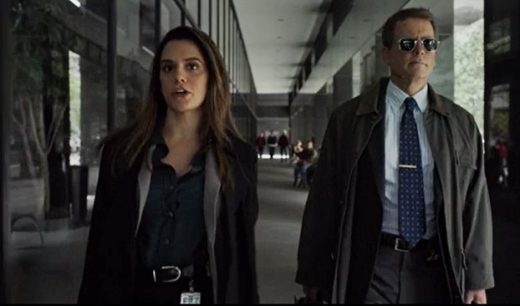 Pigeonhed’s ‘Battle Flag‘ (Lo-Fidelity Allstars Remix) is from the band’s Flash Bulb Emergency Overflow Cavalcade of Remixes album, which was released in 1997 on the Sub Pop Records label.

The album comprised remixes by various artists of tracks from the band’s previous album The Full Sentence.

It was also re-released a year later on that group’s How to Operate with a Blown Mind album.

The track has also shown up on the soundtracks of Person of Interest, The Sopranos, Queer as Folk and ER, as well as on the films Very Bad Things, Forces of Nature and Coyote Ugly.

Listen to Pigeonhed’s ‘Battle Flag‘ (Lo-Fidelity Allstars Remix) as heard on this week’s Black Bird in the video, and on the band’s Flash Bulb Emergency Overflow Cavalcade of Remixes album below.

You can also listen to more music from the Apple TV+ series here on Leo Sigh.