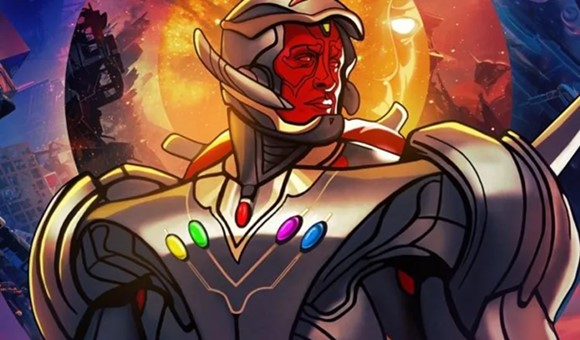 Turkish American composer Pinar Toprak’s ‘Captain Marvel‘ showed up on the new episode of What If…? last night — What If…?, Season 2, Episode 8, “What If…Ultron Won?”

Probably not surprising really, with the focus of the show, and the fact that Pinar Toprak’s ‘Captain Marvel’ was originally written for another Marvel property — the popular movie Captain Marvel.

The music itself is a rousing piece that brings to mind heroes, epic battles and, most importantly, the idea that good will always win out. No wonder people like the piece so much, eh?

Pinar Toprak herself was a lover of superheroes growing up, so that she is also the composer of music for other similar series, including the score for DC’s Stargirl, the Superman prequel Krypton and the Pixar short Purl, makes a lot of sense.

The first season of the animated anthology series What If…? started on August 11, 2021 with next week’s ninth episode the last in the first series.

No worries, though, as Season 2 has already been greenlit, and is expected to release sometime in early 2022.

Listen to Pinar Toprak’s ‘Captain Marvel‘ from last night’s episode of What If…? in the video, and on the soundtrack for the Captain Marvel film in the Spotify player.