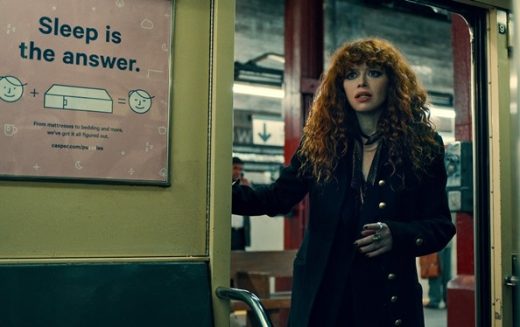 The second season of the Netflix series Russian Doll premiered this week on the streaming platform and, along with the usual hilarity and drama, we also got yet more cool tracks on the show’s soundtrack.


Pink Floyd’s ‘Shine on You Crazy Diamond (Parts I-V)‘ is from the band’s ninth studio album Wish You Were Here, which came out in 1975.

The more than 13-minute track was written in honor of former band member Syd Barrett, whom members ousted from the band after being extremely worried about both his drug use and his disintegrating mental health because of it.

According to them later, it was a difficult decision as Barrett had co-founded the band in 1964 and was an incredibly important part of its future success.

But they felt his removal from Pink Floyd would not only help the band, but may also help Syd Barrett successfully overcome what would ultimately destroy him.

And, if you’re interested in more about the story of Syd Barrett and ‘Shine on…“, there’s an explanation about the man, the song and events that occurred when recording it that is a very interesting read.

Pink Floyd’s ‘Shine on You Crazy Diamond (Parts I-V)‘ begins with one of the longest instrumental and guitar solos in rock history until, around the 9-minute mark, the vocals kick in.

To this day, the song remains one of the most iconic Pink Floyd tracks.

Listen to Pink Floyd’s ‘Shine on You Crazy Diamond‘ from Russian Doll in the video, and on the band’s Wish You Were Here album.

The second series of Russian Doll is currently streaming on Netflix.