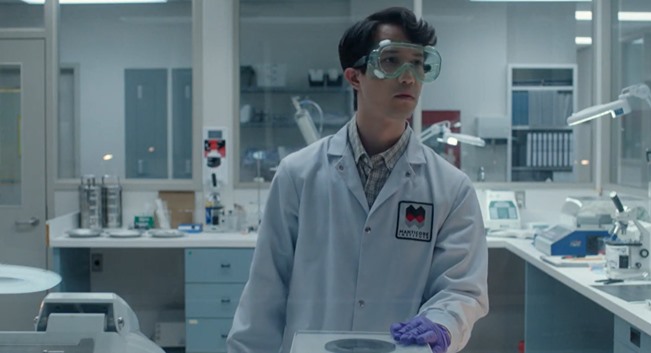 American pop, jazz, Latin and easy listening band Pink Martini’s ‘Lilly‘ was played on the new episode of So Help Me Todd last night during the opening scenes as we see someone dressed in black, and carrying a large bag, enter Manticore Institute late at night.

Seconds later a lab blows up while a scientist is working there   — So Help Me Todd, Season 1, Episode 8, “Big Bang Theories“.


Pink Martini’s ‘Lilly‘ is the third single from the group’s second studio album Hang on Little Tomato, which came out in 2004 on their own label Heinz Records.

An album that was a big success for the indie band, making it to #7 on the U.S. Independent Albums chart, #122 on the Billboard 200, and hitting high on charts in seven other countries including the United Kingdom.

It was also certified Gold in Canada, Germany and Greece, and Double Platinum in France.

Listen to Pink Martini’s ‘Lilly‘ as heard on last night’s So Help Me Todd on the band’s Hang on Little Tomato album, and in the video.

The band, including China Forbes, also gave a live performance of the Latin-influenced song at the JazzOpen Stuttgart festival back in 2010 that’s nicely done.

You will find that performance down below as well.

The first season of the legal drama So Help Me Todd is currently airing on CBS.