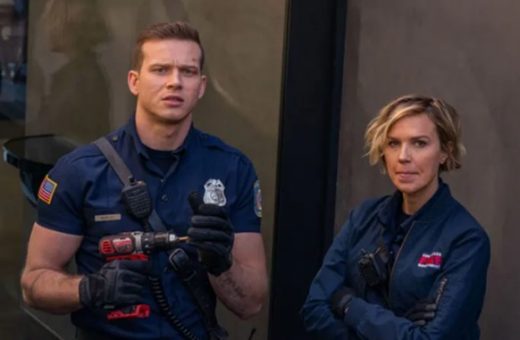 The song was played during the ending montage.


Pink’s ‘What About Us‘ was the lead single from the singer’s seventh studio album Beautiful Trauma, which came out in late 2017 via the RCA record label.

The electronic dance track was a song written about who Pink believes are the people forgotten by politicians — the average person who constantly struggles.

The song went on to become a big hit in more than 35 countries around the world, making it to #1 on various charts in countries like Australia, Canada, Poland, Slovenia, the Netherlands, Luxembourg, Slovakia, Scotland, Switzerland and the United States.

Pink’s ‘What About Us‘ was also certified Gold, Platinum or Platinum x whatever number in 18 countries, and nominated for a Grammy Award, altogether making it one of Pink’s most popular singles ever released.

Listen to Pink’s ‘What About Us‘ as heard on 9-1-1 last night in the song’s music video, a video that also features the franchised people Pink is singing about, and on her Beautiful Trauma album.