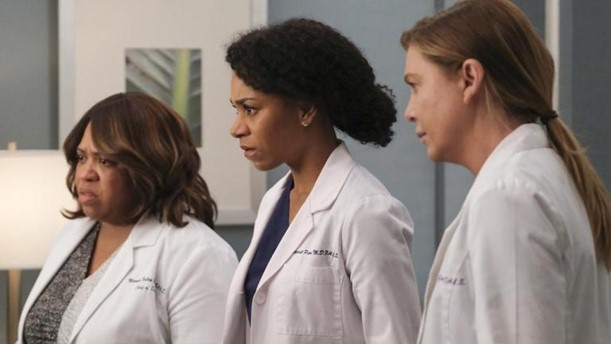 The Swedish-Greek indie folk singer songwriter Plàsi’s ‘Far From Home‘ was played on the latest episode of Grey’s Anatomy this week — Grey’s Anatomy, Season 18, Episode 5, “Bottle Up and Explode!”

The song was heard as Andy takes Miller’s daughter to Bailey.

Plàsi’s ‘Far From Home‘ is a stunningly beautiful almost poetic piece with gorgeous, rich vocals and a sweet melody. It’s easy to see why this was chosen for the Grey’s Anatomy soundtrack. It’s utterly utterly lovely.

‘Far From Home‘ is from the singer’s latest release 14 Days, which currently has two tracks out on Spotify. (Listen below).

As for Plàsi he is, at the moment at least, a relatively unknown Swedish-Greek singer songwriter whose artistic name, interestingly, means ‘creation’ in Ancient Greek.

Considering the singer only recently returned to music after a few years of pursuing other interests it is likely, with his immense talent and gorgeous songs, he will skyrocket to much more recognition incredibly fast.

I would also venture a bet more of his work will appear on Grey’s Anatomy before long, as this kind of loveliness is just what the music supervisors of that show love.

Listen to Plàsi’s ‘Far From Home‘ as heard on last night’s Grey’s Anatomy below, and you will see what I mean.

And, if you love his sound, I am also adding a video down below to another of Plàsi’s songs called ‘Vienna‘, a song he wrote during a trip to Vienna, Austria a city he studied in for a semester. And a city I have lived in for almost six years, and absolutely adore.

That song too features what seems to be Plàsi’s signature sound — absolute loveliness — and also illustrates so much of how I feel about Vienna. Thanks, Plàsi.