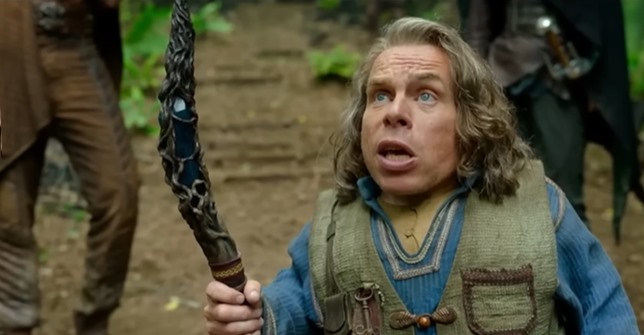 Other than the fact that Disney+’s Willow is woke garbage full of talentless ‘diversity hires’, and the total destruction of a cool franchise many of us remember fondly, it has had a couple of decent songs played on its soundtrack.

One of which was American grunge band/indie music project Pom Pom Squad’s ‘Crimson + Clover‘, which played on Willow this week as Scorpia begins to kiss Boorman — Willow, Season 1, Episode 5, “Wildwood“.


Now, if you haven’t already watched Episode 5 of this monstrosity, I would say just listen to the song below and save yourself the agony (when it has a 29% audience score on Rotten Tomatoes, you know the show is bad).

Meanwhile, Pom Pom Squad’s ‘Crimson + Clover‘ was released in 2021 on the band’s debut studio album Death of a Cheerleader.

The track is, of course, a cover of the original song from 1960s American rock band Tommy James and the Shondells. A song that has also been recorded by artists like Cher, Prince and Joan Jett and the Blackhearts.

While sticking close to the original, Pom Pom Squad’s version of ‘Crimson + Clover‘ is an even more mellow and cooler version of the track, if that’s possible.

Listen to Pom Pom Squad’s ‘Crimson + Clover’ as heard on Episode 5 of Willow in the song’s music video, and on the band’s Death of a Cheerleader album.

You can watch Willow on Disney + although, if you prefer even a modicum of talent or decent writing in your shows, I would recommend you not.