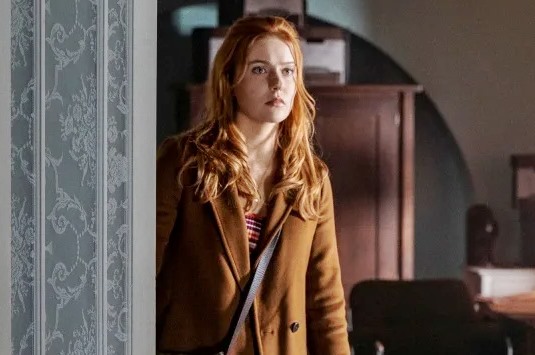 Portals’ ‘It’s All Happening Now‘ was played on the latest episode of the The CW’s supernatural mystery drama series Nancy Drew this week — Nancy Drew, Season 2, Episode 9, “The Bargain of the Blood Shroud“, which aired on March 24th, 2021.

The song was played as Ned is talking to Beth about his relationship with George, and as Odette is standing above the cliff.

Portals’ ‘It’s All Happening Now’ is from the duo’s four track EP It Begins, which was released in 2020 via the Position Music record label.

It Begins is their debut release but, with the quality of the music on it, it is hardly likely to be their last.

Listen to Portals’ ‘It’s All Happening Now‘ as heard on last night’s Nancy Drew on the duo’s recently released EP, and in the video below.