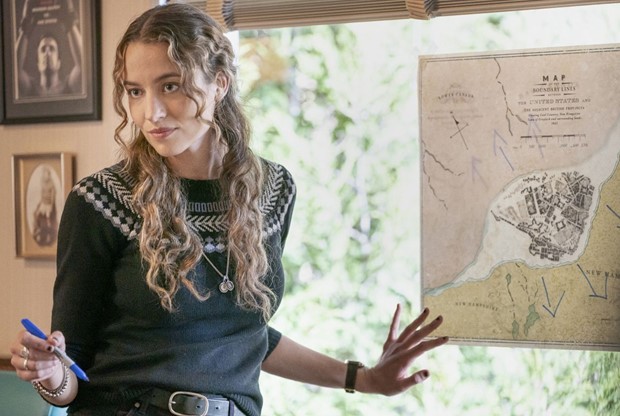 Swedish dream pop band Postiljonen is a band whose beautifully mystical music I hadn’t heard before.

You know, that gorgeously almost otherworldly song heard playing as Grover is at Patience’s grave, and as Sarah is on a hillside being hugged by Paul.

Postiljonen’s ‘The Open Road‘ is the third single from the band’s second studio album Reverie, which was released in February, 2016 via the Swedish indie record label Hybris.

The song came with a music video that shows just why getting out on the open road is often the best plan. After all, the world is beautiful and has so much to offer, if we only get out of our comfort zone and find it.

Postiljonen, by the way, was founded in Stockholm, Sweden back in 2011 by two Swedes and a Norwegian — (Joel Nostrum, Daniel Sjörs and Mia Bøe).

Three musicians who obviously felt like the world needed music that was dreamy, ethereal, and could take you away from your everyday life.

Considering Postiljonen means ‘messenger’ in Swedish, maybe that’s what they are? Artists who are telling the world to notice the beauty around them and let it enrich their lives.

Since getting together, the three musicians have released two albums and an EP, with their last release the single ‘Chasing Stars‘ in 2018.

Along with last night’s feature on The Republic of Sarah, obviously out-of-the-box-thinking music supervisors for the shows Made in Chelsea, and Degrassi: Next Class have also discovered and used their stunning songs.

Let’s hope others find them soon as well, as the music they produce is so lovely.

Listen to Postiljonen’s ‘The Open Road‘ from The Republic of Sarah in track’s music video, and on the band’s Reverie album down below.

The song is a simple enough sounding piece that you will soon discover sticks with you long after those gorgeous final notes fade away.