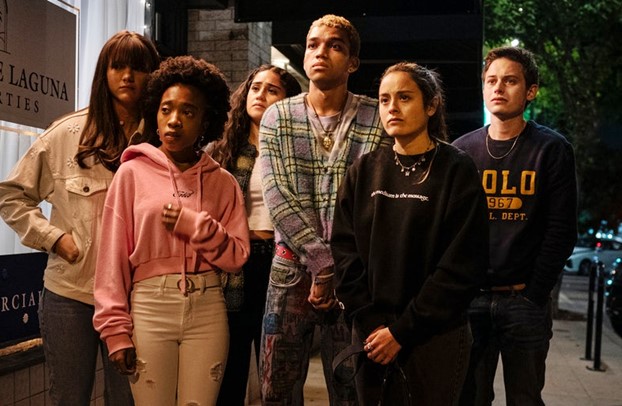 The song musically illustrated the scene in which Riley talks a car salesman in allowing her to take a care out for a trial ride, and then drives as fast as she can.


Princess Nokia’s ‘Crazy House‘ is from the rapper’s 2020 third studio album Everything Sucks (and with the current bullshit restrictions around the world against a virus with a 99.7% survival rate, I have got to say I agree with her!)

The album was released on the same day as her fourth studio album Everything is Beautiful, and was released as the antithesis to it.

Listen to Princess Nokia’s ‘Crazy House’ from Generation in the video, as well as on her Everything Sucks album.

The first season of Generation (aka Genera+ion) is currently streaming on HBO Max.