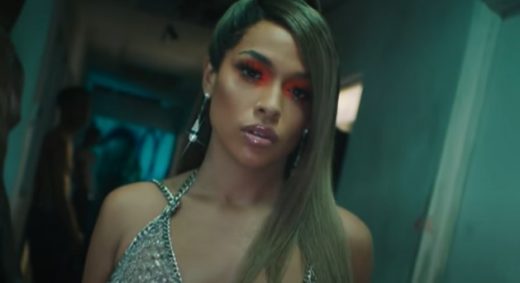 The song was played as the Aunties are walking around.


Princess Nokia’s ‘I Like Him‘ was first released on her third studio album Everything Sucks in 2020, which came out on the Platoon label.

It was released alongside her fourth follow-up album Everything is Beautiful on the same day.

While it did receive generally good reviews from critics, Everything Sucks didn’t chart.

Princess Nokia’s ‘I Like Him‘ music video, however, was a big hit for the singer on YouTube, garnering almost 16 million views on the streaming video channel.

The song has also received more than 121 million plays on Spotify.

Princess Nokia’s ‘I Like Him’ music video features the singer and rapper at a computer in a warehouse-style office. The video then heads down a tunnel of computer code until it comes out in another warehouse where Nokia is being photographed with a man.

Listen to Princess Nokia’s ‘I Like Him‘ in that cool music video, and on the artist’s Everything Sucks album below.

Meanwhile, the latest season of Reservation Dogs is streaming on Hulu. No word yet though on if the popular show has been renewed for a third season.