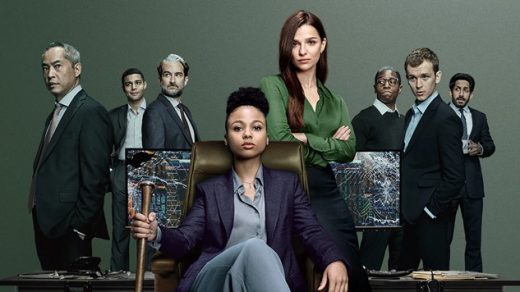 The popular HBO drama Industry is back this month for its second season and, along with the intrigue, the soundtrack features yet more cool contemporary music.

Music like British post punk band Public Image Ltd’s ‘The Order of Death‘, which was played on Industry, Season 2, Episode 4, “There Are Some Women…“.


The song was heard in the background as Eric is going to speak to Bill Adler.

Public Image Ltd’s ‘The Order of Death‘ was released in 1984 on the band’s fourth studio album This Is What You Want…This Is What You Get, which came out via the Virgin Elektra and Asylum record labels.

The song was also one of five that had previously appeared on the band’s six-track EP You Are Now Entering a Commercial Zone, and was then remixed for their fourth album.

The song ‘The Order of Death’ also opens with the spoken lyrics “This is What You Want, This Is What You Get”, and then continues with them recurring throughout the track.

Lyrics that ended up being the title of the album the track was featured on.

The song itself may sound a little repetitive but, man, is it effective, eh?