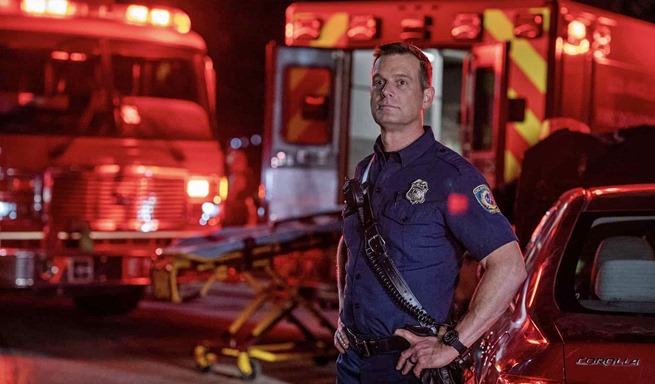 The song was appropriately heard as firefighter Chimney is being driven off by a drunk driver, and Buck gives chase after the car on a bike.


Queen’s ‘Bicycle Race‘ was released in late 1978 as a double single, along with the band’s big hit ‘Fat Bottomed Girls‘. as well as on the band’s seventh studio album Jazz.

The song became a big hit in 12 countries, including the United States, with its highest chart result at #5 in the Netherlands, followed by #7 in France and Norway.

Of course, the song gained much of its popularity due to the ‘Bicycle Race‘ music video.

A video that was banned in several countries as it featured naked women riding around on bikes because, you know, videos featuring violence are fine but not nudity.

Listen to Queen’s ‘Bicycle Race‘ as heard on last night’s 9-1-1 in that age-restricted music video on YouTube, as well as on the band’s Jazz album below.