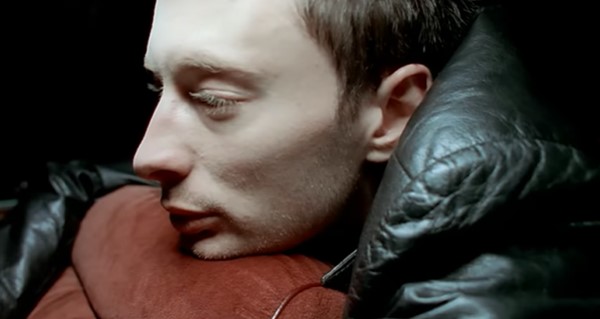 The song is one of the band’s older tracks, releasing in August, 1997 as the second single from their now iconic album OK Computer.

The track was an enormous commercial success for Radiohead, charting at #1 in Iceland, and high on the charts in 13 countries including the United States and Great Britain. ‘Karma Police‘ was also certified Gold in the UK, and Platinum in Canada and Italy. 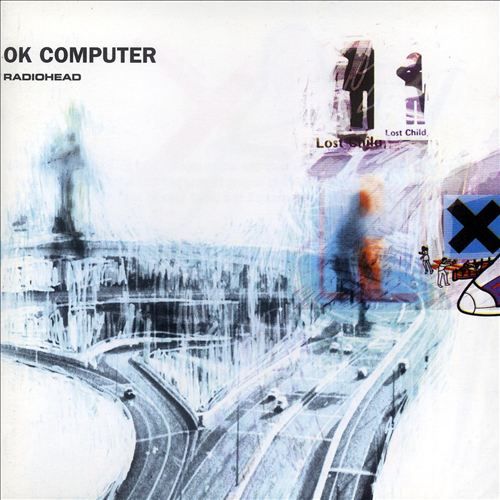 ‘Karma Police‘ came with a now famous music video, directed by Jonathan Glazer, and shot from behind the wheel of car as its driver drives down a deserted country road.

In the distance, we see a man desperately running as the car comes up behind him, then the camera pans to the back seat where the band’s lead vocalist Thom Yorke is sitting.

As the man on the road collapses onto his hands and knees, the car reverses and we see gas leaking out of it onto the road. The man strikes a match, sets fire to the matchbook he is holding and throws it onto the gas, which then rushes down the road and ignites the car.

The video ends with the camera again panning to the backseat where Yorke has now disappeared.

Listen to Radiohead’s ‘Karma Police‘ as heard at the end of yesterday’s Ted Lasso in that video, and on the band’s album OK Computer.

The song itself is a brilliant commentary on karma and how, if you do bad things, karma will come and bite you in the ass.