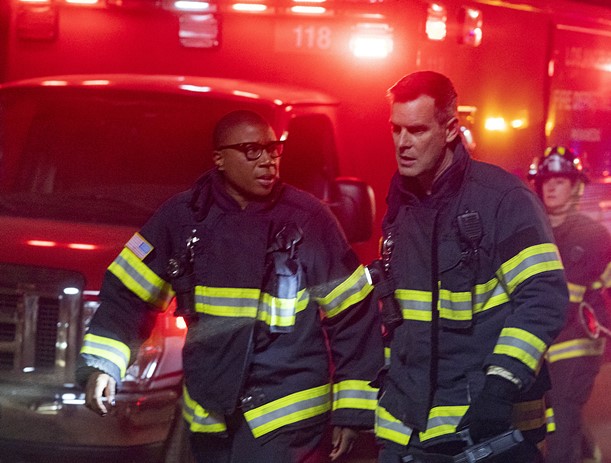 Canadian singer songwriter Raffi’s ‘Thanks a Lot‘ was played on the latest episode of the procedural drama 9-1-1 last night — 9-1-1, Season 5, Episode 7, “Ghost Stories“.

The song was played as Hen and Chimney are talking on the phone.

Raffi’s ‘Thanks a Lot‘ is from his 2008 compilation album Songs of Our World, which was released via Rounder Records.

The song is typical of Raffi’s music, where most of his releases are minimalist songs with Raffi’s voice accompanied by just an acoustic guitar and using simple lyrics.

Understandable, of course, as Raffi is a master singer of children’s songs and, at one point, was known as the most famous English-language singer in the world of children’s music.

Raffi himself began his career singing to children when he was invited to perform in front of kids at a Toronto school.

His performance was so successful he changed the focus of his career from one of being an accomplished indie musician trying to gain traction in an extremely competitive world, to one whose music focused on making children happy.

In his almost 50-year career, Raffi’s songs have delighted hundreds of millions of children around the world, and his work as a children’s rights activist has positively impacted even more.

Listen to Raffi’s ‘Thanks a Lot‘ as heard on last night’s 9-1-1 in the video below, and on his album Songs of Our World.

There is also a lovely live performance of the song Raffi gave way back in 1984 in front of an audience of children that is worth a watch.