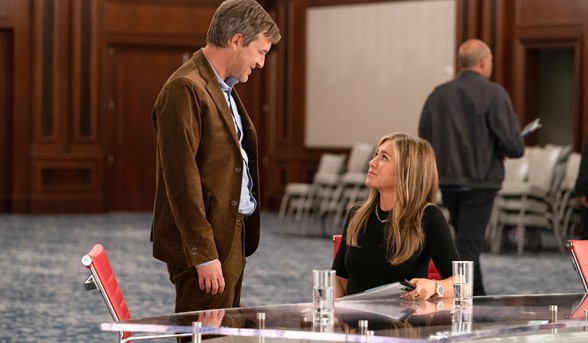 The song was heard as Cory is visiting Hannah’s father.

(And no, I didn’t watch the show. I stay away from anything covering Covid-19 as we’ve had enough of the insanity surrounding that virus over the last 19 months to last us a lifetime, so I gave up on it weeks ago).

Randy Newman’s ‘God’s Song’ (That’s Why I Love Mankind), however, I do love.

That song is from the American singer songwriter’s third studio album Sail Away, which was released via the Reprise record label in 1972.

The sparse, piano-driven acoustic song is somber and melancholic, and is a treatise on mankind and their delusions over God and religion — fervently praying to a god who does nothing but hold them in contempt.

Oh, and don’t listen to the song if you’re depressed, as you will just come out of it feeling a whole lot worse.

Listen to Randy Newman’s ‘God’s Song’ (That’s Why I Love Mankind) as heard on last night’s The Morning Show on both the remastered version of his Sail Away album, and in the video.