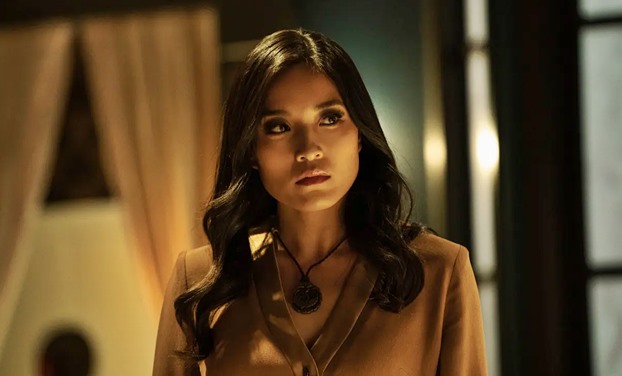 Nashville-based indie singer songwriter Rayelle’s ‘ Take Down‘ was played on the new episode of the martial arts drama Kung Fu this week — Kung Fu, Season 1, Episode 3, “Patience” — which aired on The CW on April 21st, 2021.

The song was heard as Nicky punches her way through out of the storage room, and then takes down the hitman who has been sent to kill her.

Rayelle’s ‘Take Down‘ was released as a single in 2019 via Happy Owl Records, and is an upbeat, foot-tapping track that has also been featured on the Netflix series Selling Sunset.

It is one of several songs the American singer songwriter has had featured on TV series, including songs that were licensed for play on shows like Famous In Love, Charmed, Dynasty, Good Girls, Pretty Little Liars: The Perfectionists, The Bold Type, So You Think You Can Dance, Grey’s Anatomy, Siesta Key, Shameless, Selling Sunset (many times) and The Hills: New Beginnings.

In other words, when it comes to an artist creating a career for themselves licensing their songs, Rayelle has become one of the most successful.

Listen to Rayelle’s ‘Take Down‘ as heard on Kung Fu last night the video and on the music player below.

Learn more about the artist on her official website, and watch the first season of Kung Fu on The CW.