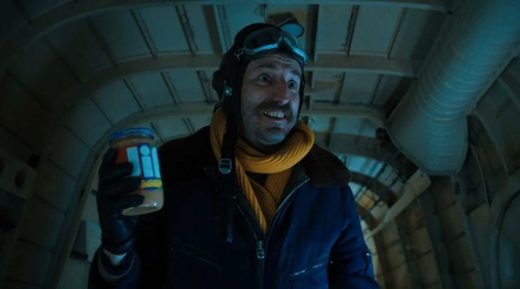 The song was played as Yuri (Nikola Djuricko) is on the plane with Joyce (Winona Ryder) and Murray (Brett Gelman).


Ricky Nelson’s ‘Travelin’ Man‘ was released in 1961, and became one of the American pop singer’s biggest hits.

The song was originally written for Sam Cooke but, as Cooke’s manager didn’t like the track, it was eventually recorded by Nelson.

After release, ‘Travelin’ Man‘ hit #1 in Australia, New Zealand, Canada, the UK and the U.S., proving Cooke’s manager probably made a huge mistake.

The lyrics of the song tell the story of a man who travels around the world, and loves women so much he has a ‘girl in every port’.

Nelson himself had a successful music career from the age of 16, when he signed a record contract and released a single just to impress his girlfriend at the time, until his death in a plane crash at just 45 years old.

Listen to Ricky Nelson’s ‘Travelin’ Man‘ from the latest season of Stranger Things in the video, and on his Rick is 21 album.

Because at least he left some cool music behind.