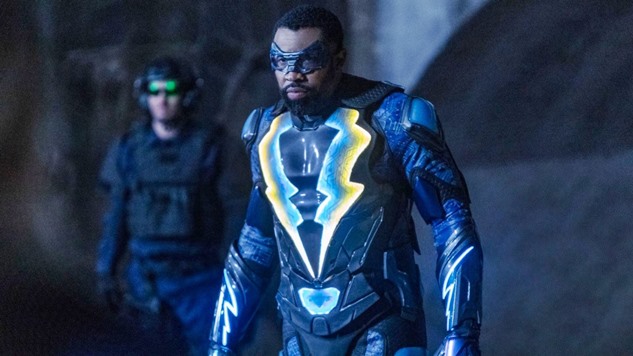 American singer songwriter Roberta Flack’s ‘Will You Still Love Me Tomorrow‘ was one of the tracks played on last night’s episode of the superhero series Black Lightning — Black Lightning, Season 4, Episode 5, “The Book of Reconstruction: Chapter Four“.

The song was written by Gerry Goffin and Carole King and originally released by The Shirelles in 1960, when it made it to #1 on the Billboard Hot 100 chart.

Ten years later, it was also released by King and became a repeat hit.

Roberta Flack’s version of ‘Will You Still Love Me Tomorrow‘ was also released by the R&B, soul singer in 1971 as the lead single from her third studio album Quiet Fire along with the B side ‘Go Up Moses’.

The single charted at #76 on the Billboard Hot 100 chart.

Listen to Roberta Flack’s ‘Will You Still Love Me Tomorrow‘ as heard on this week’s Black Lighting in the video and on her Quiet Fire album below.

Black Lightning‘s fourth and final season is currently airing on The CW.