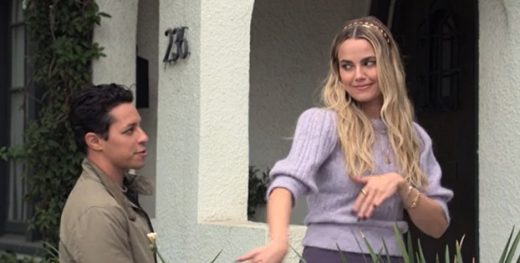 British folk singer songwriter Roo Panes’ ‘The Sun Will Rise Over The Year‘ was that gorgeous song played at the end of episode 5 of Maggie — Maggie, Episode 5, “You are a Skilled Mentor by Nature”.

The utterly satisfying track with that fabulous beat was heard at the end of the episode as Maggie and Ben are ‘dancing’ on the porch, and as she joins her parents gardening in the yard.


Roo Panes’ ‘The Sun Will Rise Over The Year‘ was one of the five tracks released on his fourth EP Pacific, which came out in 2o20 via the CRC Music label.

The singer himself was born Andrew Panes in Dorset, England, but nicknamed ‘Roo’ after he fell in a river as a child. A fate that also happened to Winnie the Pooh and Piglet’s friend Roo.

As a child in the UK, my best friend’s mother used to tie me by the waist to a tree when we went fishing along the canal bank so that I didn’t fall in, so I can definitely commiserate.

Listen to Roo Panes’ ‘The Sun Will Rise Over The Year‘ as heard on Maggie in the song’s lyric video, and on the singer’s Pacific EP.

You can also learn more about Roo Panes on his official website, and hear more music from Maggie on Leo Sigh.