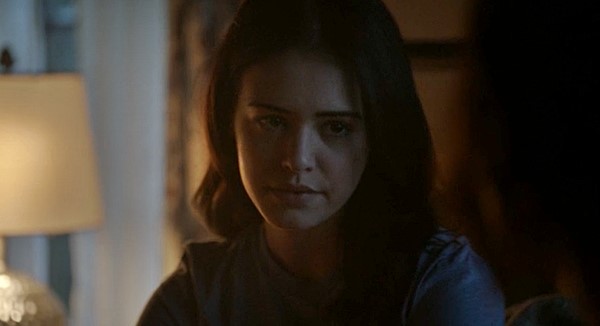 British singer songwriter Rose Betts’ ‘Recovery‘ was one of the all-British songs played on the soundtrack of Legacies this week — Legacies, Season 4, Episode 6, “You’re a Long Way from Home“.

The song was played almost at the end of the episode as Finch tells Josie she thought she was going to go in the therapy box with Lizzie, and Josie tells her Lizzie didn’t want her to. Finch then helps her get through her feelings about all of it.

Betts’ ‘Recovery ‘ was released as a single earlier this year via The Heavy Group record label.

The beautiful song was written about Betts’ own experiences going through a terrible break-up, and how recovery is always possible if you just let yourself work through the feelings you are experiencing to get there.

Betts talks about writing the song at The Honey Pop.

Listen to Rose Betts’ ‘Recovery‘ on the Spotify player below. The British singer also gave a live performance of the song, just herself singing while playing the piano.

And, while the song is beautiful, it is Bett’s rich, gorgeous voice that makes it so so lovely.

If you love her voice as much as I do, head to YouTube and listen to her Sofar Sounds’ performances, as Rose Betts is even more stunning live.