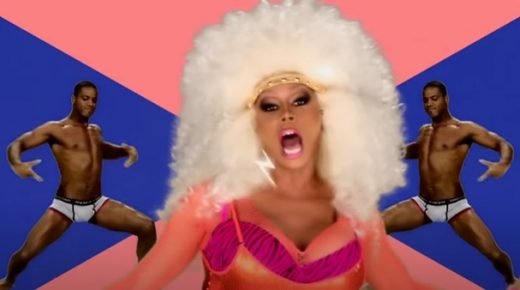 The song was played as Tom is being told what happened after he wakes up from his food truck accident.

Although popular with fans, and with almost 8 million views on its YouTube music video, the song didn’t chart.

While most people may only recognize Paul from his show’s like RuPaul’s Drag Race, they may be surprised to learn he has released an enormous number of albums and singles over the last few decades.

Paul, aka RuPaul Andre Charles, has also had several hit singles, including his most recognizable release ‘Supermodel (You Better Work)‘, which made it to #45 on the Billboard Hot 100 chart.

No, Ru Paul may not be a household word when it comes to music, but he is certainly prolific.