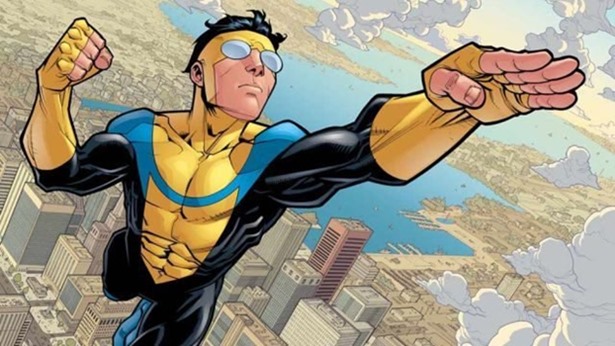 The first season of the Amazon Prime animated series Invincible continued tonight with the release of another excellent episode. This time Invincible, Season 1, Episode 4, “Neil Armstrong, Eat Your Heart Out” — the fourth in a planned eight episode series.

The newest episode also featured more superb contemporary music, including Run the Jewels’ ‘Don’t Get Captured‘, which played as the Mauler was setting up his new base.


‘Don’t Get Captured‘ is from the hip hop duo’s 14-track third studio album Run the Jewels 3, which was self-released in 2106 via the duo’s own imprint.

The album was met with critical acclaim, and made it to a number of prominent ‘Best of’ year end lists.

It also charted in 12 countries, including the United Kingdom and the U.S.

Its highest placing was the #1 spot on both the Billboard Top R&B/Hip Hop Albums chart and the Top Vinyls chart. The album also made it to #2 in New Zealand.

Run the Jewels’ ‘Don’t Get Captured‘ came with an official music video featuring claymation models of the duo —  El-P and Killer Mike — seated in a skull car in a haunted fairground ride.

Listen to Run the Jewels’ ‘Don’t Get Captured‘ as heard on tonight’s Invincible in that music video and on the band’s third album.