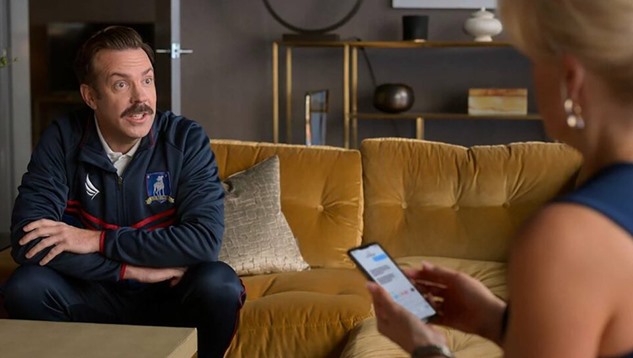 The gorgeously hypnotic ballad was heard over the show’s end credits, right after we see Ted lying on Dr. Sharon’s couch after having had yet another panic attack, and finally admitting to her he is ready for an appointment.

RY X’s ‘Only‘ is from the singer’s second studio album Dawn, which was released via Loma Vista Records and Infectious Records in May, 2016.

The album made it to #34 on the UK’s Album Chart. It also charted in Germany, Australia, France and Canada.

The beautifully filmed official music video for ‘Only‘ has various slowed down clips of RY X alone or with a woman, in bed, wrapped in each other’s arms and falling into water, or falling down a hill, all while giving the impression the relationship has since come to an end.

It ends with the singer walking off alone.

Listen to RY X’s ‘Only‘ as heard on Ted Lasso in that music video, and on his album Dawn down below.