The album was released on Lost Highway Records in 2010, and charted high on three U.S. charts — at #2 on the Top Country Albums chart, #8 on the Top Rock Albums chart, and #19 on the Billboard 200 chart.

It was the last album Ryan Bingham released on an other-owned label, as all his future releases have come out on his own label Axster Bingham Records. 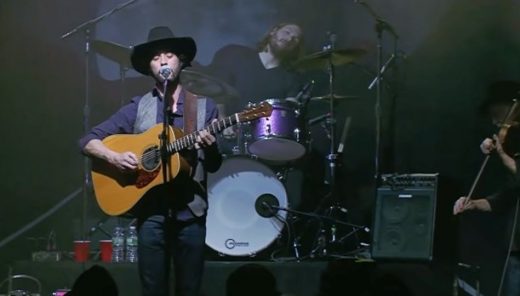 Ryan Bingham’s ‘Hallelujah‘ is a standout song, both on Yellowstone and in general, not only because of the song’s powerful melody, but because of Bingham’s raspy voice that seems to carry all the ills of the world right along with it.

Listen to Ryan Bingham’s ‘Hallelujah‘ as heard on Yellowstone in the video, and on his album Junky Star (and do listen to all of it, as every song is equally beautiful).

Related: Listen to many more cool songs from Yellowstone from a slew of different artists on Leo Sigh

The singer also performed ‘Hallelujah‘ with his backing band live on the Honda Stage back in 2016.

If you’re not sure he can pull off the heart-wrenching sound of the recorded version of the song, watch that amazing tour de force and you will be a believer.