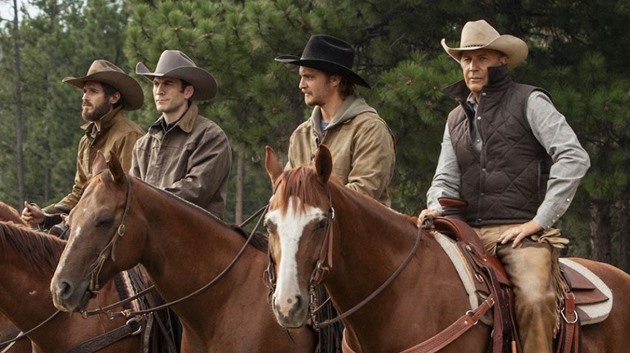 Americana/alternative country singer songwriter Ryan Bingham’s ‘Tell My Mother I Miss Her So‘ showed up on the new episode of Yellowstone last night — Yellowstone, Season 3, Episode 8, “I Killed a Man Today“.

The song was heard as Lloyd and Rip find Walker singing on stage in a bar.

Ryan Bingham’s ‘Tell My Mother I Miss Her So’ is from his sophomore studio album Roadhouse Sun.

Released in mid-2009 via Universal Group’s Lost Highway Records it is the next to last album Bingham released on a commercial record label before starting Axster/Bingham, the singer’s own label.

The album itself charted on both the Billboard Top Country Albums chart and the U.S. Billboard 200 chart upon release.

Bingham’s ‘Tell My Mother I Miss Her So‘ also has a cool and very wild live performance the singer gave at Gruene Hall back in 2013. The venue is the oldest continuously operating dance hall in Texas, having been the site of many dances and live concerts every year since 1878.

Listen to Ryan Bingham’s ‘Tell My Mother I Miss Her So‘ as featured on Yellowstone on both his Roadhouse Sun album and in that live performance below.

You will also find a lot more info on more of the superb music featured on various seasons of Yellowstone on Leo Sigh here.