Not only am I a huge fan of the Netflix series Love, Death & Robots, but an episode I watched last night re-introduced a music track I loved when I first heard it, then promptly forgot what it was called, the composer who wrote it and who remixed it.

The music was played on the episode as the knight wakes up to find the siren wrapped around him, and as she runs away and he gives chase, only to catch her and have her dance around him expressing her love.

And Ryuichi Sakamoto’s ‘Fullmoon‘ stuck in my head after I heard it on his nineteenth and most recent studio album async, which came out in early 2017 on the Commons and Milan record labels.

The track is notable as it begins with American composer and author Paul Bowles reading a passage from his iconic novel The Sheltering Sky.

The passage talks about how finite life is, and how we only remember certain important events from our own lives a few times.

A reminder that we should look at life as precious, and enjoy every moment we can. Even the tiny ones that seem so insignificant.

It then goes on to feature a simplistic melancholic piano melody, as voices in a myriad of languages speak over it. 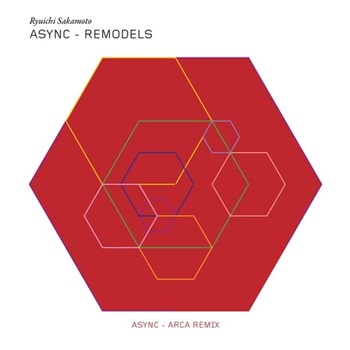 Ryuichi Sakamoto’s wonderfully emotional ‘Fullmoon‘ was re-released at the end of the same year on his album Async – Remodels — which took the same tracks from async, but had various producers re-mix them to create a completely different sound.

Ryuichi Sakamoto’s ‘Fullmoon‘ (Motion Graphics Remix) was one of the results, and is a remix that concentrates less on the voices and more on a repetitive string burst that is enormously dramatic.

Listen to Ryuichi Sakamoto’s ‘Fullmoon‘ (Motion Graphics Remix) as heard on Love, Death & Robots in the video, and on the Japanese composer’s Async – Remodels album.

You can also hear Sakamoto’s original version of ‘Fullmoon’ down there as well.

The third season of Love, Death & Robots is now on Netflix.