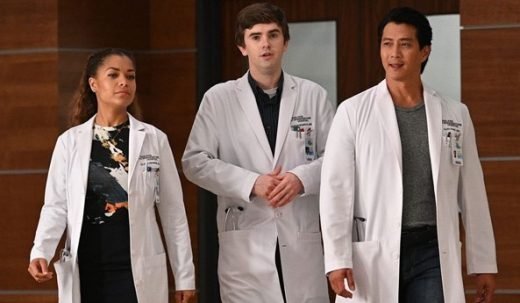 The song was played on the episode’s soundtrack as Lea talks to Brenna about sex, and then as Sean is giving Lea a massage.


SadGirl’s ‘Little Queenie‘ was released on the band’s Vol. Three EP in 2017 and then again on their debut studio album Water, which came out in 2019 via the indie record label Suicide Squeeze Records.

The song was written from the perspective of one person letting the person they love know they never have anything to worry about, as they will always be by their side.

Speaking of staying together, the garage pop trio itself has been together for close to a decade, but only released singles and EPs until 2019, when Water came out.

SadGirl’s ‘Little Queenie‘ also came with an official music video featuring a woman who, if you look closely, is likely to devastate the guy she’s with, even if she’s telling him she’ll stay.

Listen to SadGirl’s ‘Little Queenie‘ on that video, and on the band’s Water album.

Watch the latest season of The Good Doctor on ABC.