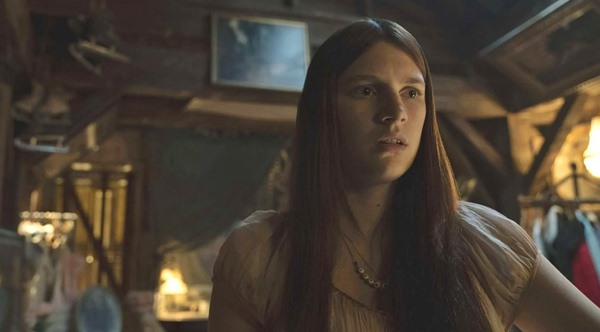 Indian American R&B singer Saleka’s ‘The Sky Cries‘ was one of a couple of superb songs licensed for play on the horror series Servant this week — Servant, Season 2, Episode 8, “Loveshack“. (The episode aired on 5th March, 2021).

The track was played on the soundtrack as Leanne and Julian are having sex.


Saleka’s ‘The Sky Cries‘ was written and recorded exclusively for Servant.

The singer is the daughter of Servant producer, writer and filmmaker M. Night Shyamalan, and as a child took extensive piano lessons with the possible career goal of becoming a classical pianist.

By the age of 16, however, Saleka had other plans and soon decided she wanted to become a singer songwriter instead.

Listen to Saleka’s ‘The Sky Cries‘ in the video and on the Spotify player below, and you will quickly see why her music is already being noticed.

‘The Sky Cries‘ is her first song to be featured on a hit TV series. With the fan attention it is already garnering, it is unlikely to be her last.