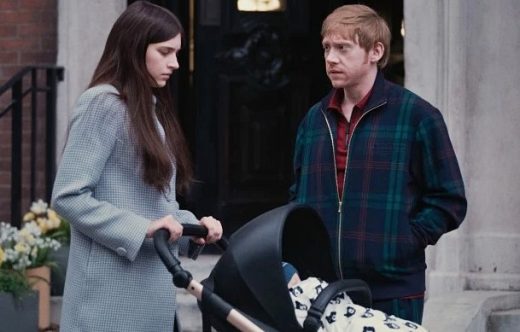 The hit psychological thriller Servant is back for a third season on Apple TV+ and, along with it, some superb music on its soundtrack.


R&B singer Saleka’s ‘The Sky Cries‘ was first heard on the second season of Servant, with the beautifully jazz-tinged song then becoming popular in its own right.

Not surprising really, as it is a gorgeous song. 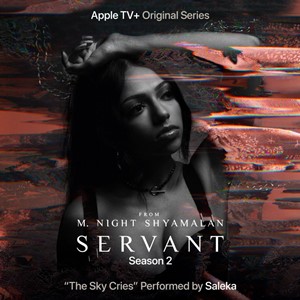 The track was written specifically for the second season of Servant, with Saleka herself telling Under The Radar magazine this about the writing of it:

When I wrote and recorded the track, I had no idea what was going to happen in the second season, but my obsession with Season 1 helped me conceptualize the sound. The show has this distinct balance between sensuality, deep pain, edgy humor and universal family and romantic dynamics, within a truly haunting framework that inevitably sticks with you.

As you might expect, the official music video for Saleka’s ‘The Sky Cries‘ is just as atmospheric as the TV series.

The video was directed by director M. Night Shyamalan, who also executive produces the series, and features the singer seductively dancing around the set of Servant (the house) while accompanied by a band playing in the shadows.

The video ends with cameos from Rupert Grint and Nell Tiger Free, stars of Servant.

Listen to Saleka’s ‘The Sky Cries‘ as heard on the Apple TV+ series Servant last night (and previously) on that video, and on the Spotify player.

Her voice is stunning, and ‘The Sky Cries‘ seductive and magical.