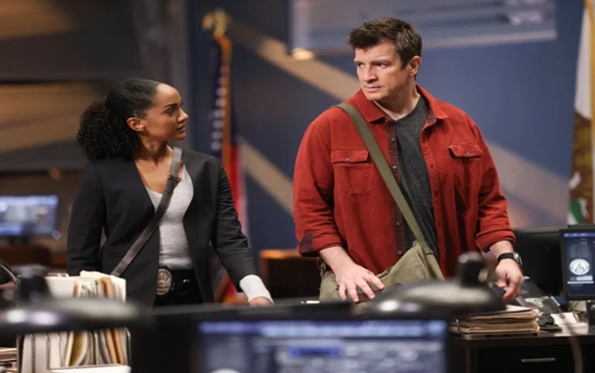 The hopeful song was heard as Nolan and Harper catch up, and as Nolan tells Harper he can’t be a detective but he may be a TO. Harper then tells him he will need a degree.

The soul/gospel-infused track is from Jack’s EP Empty Pockets Crowded Heart, Vol. 1, which was released via the Landon Records label in 2020.

The song also came with an official music video with the singer walking around deserted landscapes, all shot in various hues of blue, convincing himself he’s “gonna be alright”.

The beautifully written and sung ‘Gonna Be Alright’ is not the first music Samuel Jack has had licensed for a hit TV shows either.

In fact, his music has been popular with music supervisors from shows as popular and diverse as Shameless, Walker, Black Ink Crew: Chicago and Pearson.

No wonder really as his songs are powerful.

Something Jack himself knows, and explains this way on his own website:

His unique and undeniably catchy sound oozes with the rich fabric of his colourful and nomadic upbringing. (Jack was born in London but spent much of his childhood in South Africa).

Raised on Blues, Motown, soul and roots music, Jack aims to produce something with indisputable honesty and authenticity. “As always with my songs, I just want them to be 100% honest, open and vulnerable in some respects. No bars held”.
It’s his candidness that allows audiences to connect on a more meaningful level and has ultimately been resonating with people across the globe.

Listen to Samuel Jack’s ‘Gonna Be Alright‘ as heard on last night’s The Rookie in the music video for the song, and on the singer’s recently released EP.