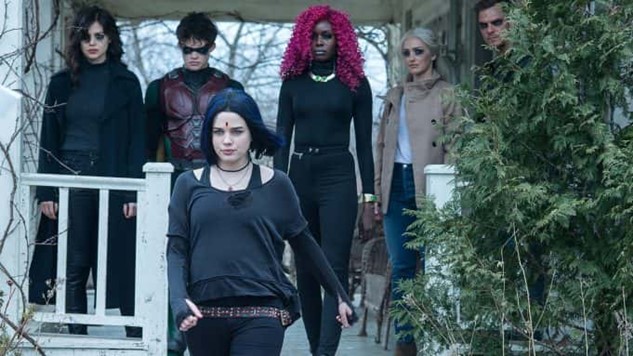 In the episode, Jason Todd confronts Joker but, when terrible events occur, Dick Grayson is forced to leave the Titans and go back to Gotham City.

The song was played in that episode as Starfire is pouring herself a drink.

Sharon Jones & The Dap-Kings’ ‘It Hurts To Be Alone‘ was released in 2009 via Daptone Records. The song is a 1960s style funk/soul song that is part of a revivalist movement for fans of this type of music.

The band released seven studio albums featuring this sound from 2002 to 2017.

They broke up in 2017 after releasing one final album to commemorate Sharon Jones, the band’s lead singer, who had sadly died from cancer at the age of 60 the year before.

Listen to Sharon Jones & The Dap-Kings’ ‘It Hurts To Be Alone’ as heard on Titans last night in both the video and Spotify widget below.

And, if you love that gorgeous 1960s sound, listen to more of the band’s music on Spotify.