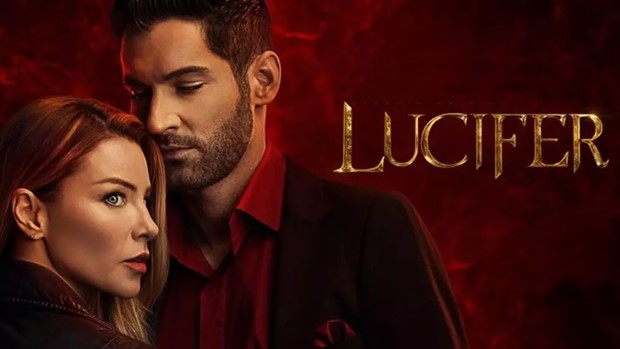 If you are part-way through the new season of the supernatural TV series Lucifer on Netflix, you may be as fixated on the Sharon Van Etten track ‘The End of the World‘ as we at Leo Sigh have been since we heard it on the show.

American indie rock singer songwriter Van Etten’s ‘The End of the World‘ was featured on Lucifer — Lucifer, Season 5, Episode 8, “Spoiler Alert” — and was the song played as protagonist Lucifer is shot and we see him falling in slow motion and as Chloe runs to him.

That album features covers of songs from 1962 covered by a variety of indie musicians, including Sharon Van Etten. Songs that all have a similar reverb effect as ‘The End of the World‘, I might add.

Van Etten, of course, is covering a popular song originally released by Skeeter Davis in 1962 and made even more popular over the years as other artists also recorded it.

The Sharon Van Etten version of ‘The End of the World‘ has proven to be so popular itself however that, besides its appearance on Lucifer, it has also been featured on iZombie, The Players, and In The Shadow of the Moon.

Listen to her cover of the iconic 60s track in the video below.

You can also hear the album it originated on — Resistance Radio: The Man in the High Castle Album — in full on the Spotify player below that (and do, as it is well worth a listen).

As for Lucifer, the first half of Season 5 of the series is currently streaming on Netflix with the rest of the season coming soon.