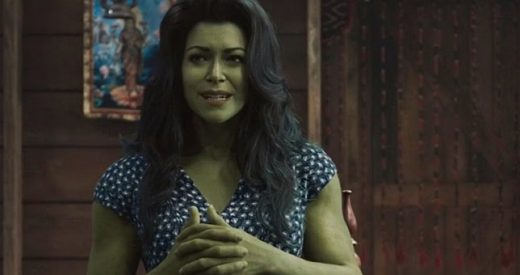 English rapper and DJ Shygirl’s ‘Rude‘ was one of the many cool tracks played on the new episode of the superhero series She: Hulk this week — She-Hulk: Attorney at Law, Season 1, Episode 8, “Ribbit and Rip it“.

The song was played at the gala as Jen goes after the men who were recording her.


Shygirl’s ‘Rude‘ was the first song on the rapper’s debut EP Cruel Practice, which was released in May, 2018 on the Nuxxe record label.

It was written by the artist, and produced by Irish-Scottish singer songwriter and music producer Sega Bodega.

The song chastises a girl for being rude, but then kindly gives her the benefit of the doubt by suggesting she didn’t realize how rude she was being.

Listen to Shygirl’s ‘Rude’ from last night’s She-Hulk in the video, and on her five-track Cruel Practice EP on the Spotify player.

You can also hear more music from previous episodes of She-Hulk here on Leo Sigh, and check out the British rapper’s debut studio album via her Spotify account.

Watch the first season of She-Hulk: Attorney at Law on Disney +.