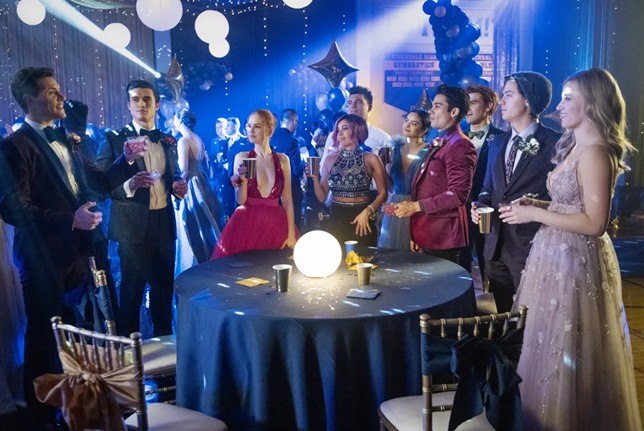 American Christian alternative rock band Sixpence None The Richer’s ‘Kiss Me‘ was one of the absolutely excellent songs featured on the soundtrack of the new season of the teen drama Riverdale this week — Riverdale, Season 5, Episode 1, “Chapter Seventy-Seven: Climax” (aired on January 20th, 2020).

The song was playing at the prom as everyone arrives and begins to dance.

Sixpence None The Richer’s ‘Kiss Me‘ is from the indie band’s 1997 self-titled third studio album. An album that was eventually nominated for a Grammy Award for best Rock Gospel Album.

The catchy, cool guitar-driven pop song was an immediate international hit for the Texas natives, making it high up the charts in more than 20 countries.

Chart placings include the #1 spot in Australia and Canada, and on the Billboard Mainstream Top 40 chart. It also placed high on five other American charts, and even charted high on year-end charts in 10 countries. 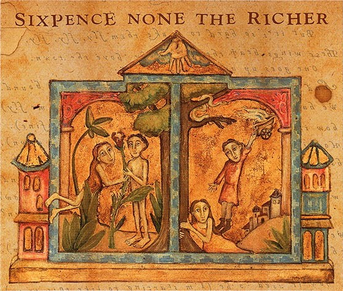 ‘Kiss Me‘ was eventually certified Gold in New Zealand, Belgium and the United States (both physically and digitally). It was also certified Platinum in the United Kingdom and Australia.

As for Sixpence None The Richer, the band was founded in 1992, and stayed active until 2004 when band members decided to disband. During those active years, however, they released four successful albums and a slew of singles.

In the three years after disbandment, the members went on to join other bands or to release solo music.

In 2007, however, they decided to unite and have released two further albums since then, including their first album after reforming — the Christmas release The Dawn of Grace.

Listen to Sixpence None The Richer’s ‘Kiss Me‘ as heard on last night’s Riverdale in the official music video, and on the band’s self-titled album below.