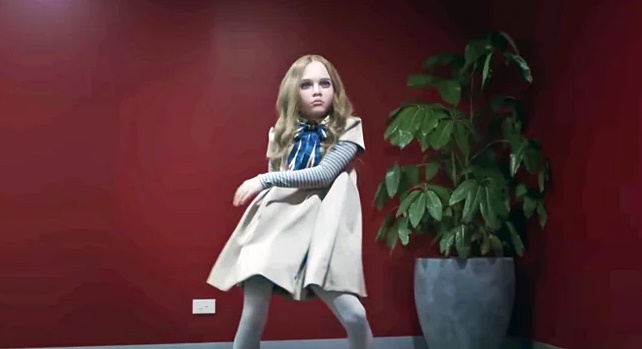 If you were into indie disco music in the 1970s, you will probably be familiar with the Skatt Brothers’ ‘Walk the Night‘.

The now defunct band’s biggest hit, and a song quite popular on dance music stations around the U.S. for a while.


It is also a song I hadn’t heard since I used to dance to it in clubs in the late 1980s. Until it showed up on the soundtrack of the very strange sci-fi horror movie M3GAN this weekend.

A film that is so campy and so utterly bad, it’s actually very very good.

And a film that is the biggest-grossing movie of 2023 so far, taking in more than $124 million worldwide after being created on a budget of just $12 million.

As you can imagine, director Gerard Johnstone must be thrilled.

Skatt Brothers’ ‘Walk the Night‘ was released in 1979 on the band’s Strange Spirits album.

The song hit #9 on Billboard’s Dance/Disco chart at the time then, almost 30 years later, got another lease of life when it was featured on the soundtrack of the Grand Theft Auto IV  video game.

After also being played on The Andy Warhol Diaries, and American Horror Story: NYC, the disco track then showed up on the soundtrack of M3GAN during that crazy and bloody creepy dance scene.

Listen to Skatt Brothers’ ‘Walk the Night‘ as heard on M3GAN in the video, and on the band’s Strange Spirits album, then try to get it and that iconic scene out of your head.

Oh and M3GAN has been such a big hit, a sequel to the film has already been greenlit with a 2025 release date. Yay!