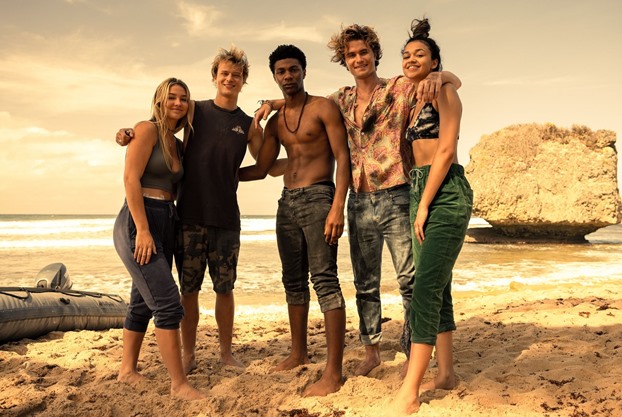 Music from British music project Skinshape, aka musician Will Dorey, was featured on the new series of the teen drama Outer Banks this week — Outer Banks, Season 2, Episode 1, “The Gold”.

The mellow track — Skinshape’s ‘Left with a Gun‘ — was played during the episode’s intro.

Skinshape’s ‘Left with a Gun‘ is from his sophomore full-length album Oracolo, which was released in 2015 via the Lewis Recordings label.

The musician himself first came up with the idea of Skinshape while still a teenager.

Obsessed with Pink Floyd’s music, Dorey began experimenting with 60s-style music on a reel-to-reel, until he came up with a sound he loved.

That sound has matured over the more than a decade since.

Listen to Skinshape’s ‘Left with a Gun‘ as heard on Outer Banks this week in both the video and on the musician’s Oracolo album.

It is the second track he has had featured on the show so far, as his song ‘Summer‘ was also played on Season 1 of the show last year.