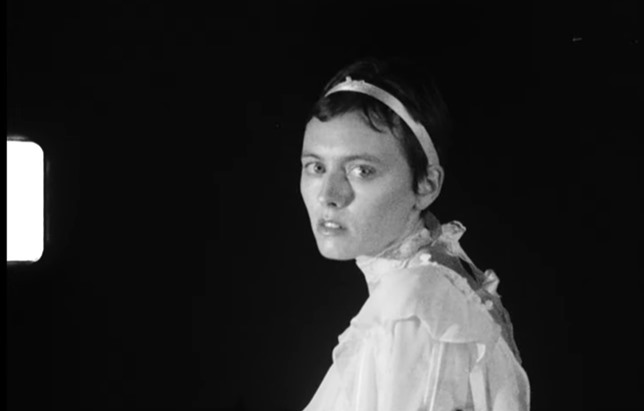 While you might think an artist with a name like Skullcrusher was a heavy metal band or a musician with a hard rock sound, in reality Skullcrusher is the nom de guerre of American indie folk artist Helen Ballentine.

A singer songwriter who is relatively new to the music scene, but who is already making quite the impact with her ethereal-sounding music.

The dreamy alternative folk song was played as Bella is talking to the college admissions office, and then continues playing over the end credits.

Skullcrusher’s ‘Whatever Fits Together’ is from the singer’s debut studio album Quiet the Room, which was released earlier this year on the indie label Secretly Canadian.

Grab the album via Bandcamp, and listen to Skullcrusher’s ‘Whatever Fits Together‘ as heard on The Sex Lives of College Girls on her Quiet the Room album, and in the song’s music video.

A black and white video featuring the singer tossing and turning in bed, into she finally gets up and wanders around in a floaty nightdress fighting a mysterious swordsman, dancing, levitating — but is she awake or dreaming?