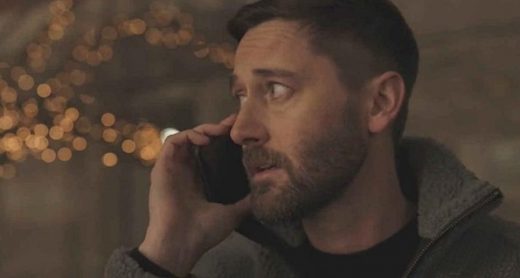 There have been so many covers of The Proclaimers’ ‘I’m Gonna Be (500 Miles)’ over the last few years, I am losing count.

That’s why I wasn’t surprised to hear one of the most popular providers of music for TV shows, alternative music project Sleeping at Last, had created his own cover of the song a few years ago.

Nor was I surprised to hear Sleeping at Last’s ‘I’m Gonna Be (500 Miles)‘ show up on this week’s New Amsterdam — New Amsterdam, Season 4, Episode 22, “I’ll Be Your Shelter” — at the end of the episode as Max’s friends are decorating the New Amsterdam roof for the wedding, and as Helen calls Max to say she isn’t marrying him.

An incredibly predictable ending, I might add, and one of the worst pieces of ‘writing’ I’ve seen on a TV show in a while.

Sleeping at Last’s ‘I’m Gonna Be (500 Miles)‘ was first released on the singer’s 2014 album Covers, Volume 1. An album that featured covers of other popular songs like ‘Total Eclipse of the Heart‘, ‘The Safety Dance‘ and ‘99 Red Balloons‘.

It is a pretty cover of the smash-hit Proclaimers song, and one that was an interesting addition to last night’s scene.

Listen to Sleeping at Last’s ‘I’m Gonna Be (500 Miles)‘ from last night’s New Amsterdam in the video, and on the singer-songwriter’s Covers, Volume 1 album.

You can hear other Sleeping at Last songs used in popular TV shows on Leo Sigh here.