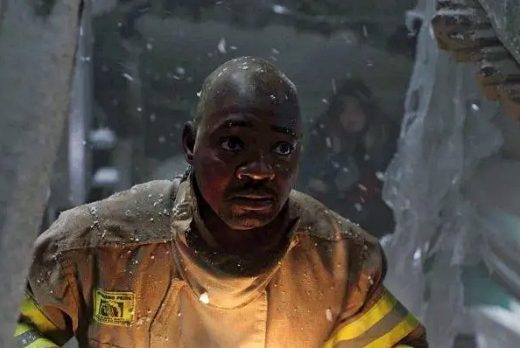 The song was heard as Judd and Mateo try to break through the church to get Paul and Lindsay out, and as Lindsay is doing everything she can to keep Paul alive, including making him keep talking.

Sol Seppy’s ‘Enter One‘ is from her debut studio album The Bells of 1 2, which was released in 2006 via Grönland Records and Rough Trade.

An album on which Seppy wrote, sung, recorded and produced every track.

Sol Seppy’s ‘Enter One‘ has been one of her most successful songs from the album to date, and has been licensed for play on popular shows like Final Space (several times), CSI: Miami, Dark and Ideal.

As for Sol Seppy, she is an English-born singer (aka Sophie Michalitsianos) who spent most of her childhood in Australia and Greece.

Nowadays, she lives in the U.S. in New York so, like me, has been around the block a few times :).

The most interesting people usually have.

Learn more about the singer on her official website, and listen to Sol Seppy’s ‘Enter One‘ as heard on the most recent episode of 9-1-1: Lone Star on the video and on her The Bells of 1 2 album.

The song is sad and sweet and incredibly poignant, and one of those that tends to stick with you for a while.