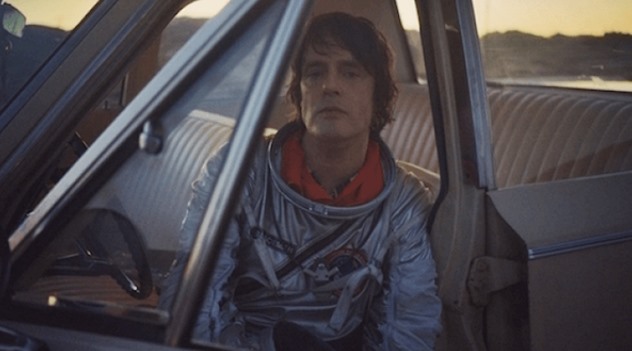 The track is from the band’s latest studio album And Nothing Hurt, their eighth, which was released in 2018 via the Fat Possum and Bella Union record labels.


The album was the band’s first full-length release in more than six years, with ‘I’m Your Man‘ the first single from it.

It has lead singer Jason Pierce, aka J. Spaceman, in a classic 1960s car wearing a spacesuit and driving around the California desert stopping off at various abandoned places.

The footage is muted and hazy and feels sparse, desolate and quite sad, which suits that melancholic song perfectly.

Listen to Spiritualized’s ‘I’m Your Man‘ from Ted Lasso in that music video and on the band’s album And Nothing Hurt.

The second season of Ted Lasso is streaming on Apple TV+ now, with Season 3 already greenlit.