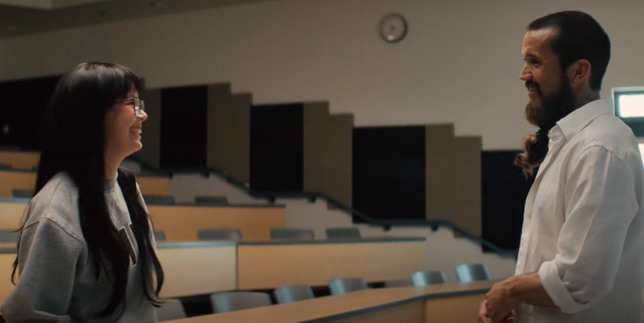 The song was played at the end of the episode as an adult Poppy walks out of the classroom with Ian after their first meeting. It continues playing over the end credits.


Starship’s ‘Nothing’s Gonna Stop Us Now‘ was released in January, 1987 as the lead single from the band’s second studio album No Protection.

The track hit #1 on the Billboard Hot 100 chart, as well as charted in 16 other countries including the UK where it not only hit #1 on the UK Singles chart, it also went on to be the second-best selling single of the year.

While some of the song’s success was due to it being an upbeat, feel good kind of track, it was also pushed onto even higher success as it was used for the theme song for the hit film Mannequin.

The ‘Nothing’s Gonna Stop Us Now‘ music video featured Kim Cattrall, one of the film’s stars, and one of Hollywood’s hottest actresses at that point in time.

Listen to Starship’s ‘Nothing’s Gonna Stop Us Now‘ from last night’s Mythic Quest in the song’s now-iconic music video, and on the band’s No Protection album.

Season 3 of Mythic Quest is currently airing on Apple+, with a fourth season already greenlit and a spin-off, Mere Mortals, also in the works.